“Everyone should live as campers”. That’s a phrase we’ve said to each other often, in the past 23 months. And what do we mean by that? Well, not that all people should travelling like us (or maybe they should try that too?), but that everyone should try and live by the limitations, of living in a camper.

I read an article one morning, based on an American study. It wrote that more than half of all Christmas presents are never used after Christmas. Only to a very small extent anyway and that most children’s toys are discarded after half a year. Either because it is defective or no longer interesting. It’s scary to think about.

Do they make sense?

Living as we do, lack of space provides the very first limitation. When standing in a store, with something in the hand, the first thing to think about is: Do I have space for this? And then it really doesn’t matter if it’s a beautiful blouse, a 3-pack of cheap coffee or a cool Star Wars figure. In fact, we only surround our self with things that really make sense. Either 100% practical or something that really means something to us.

Only 2 things are missed.

When we packed away furniture and belongings 2 years ago, (because the house in Denmark had been sold), we found out how much rubbish we had. We gave away lots of indifferent cookware, clothes and nic-nacs and packed the rest away in boxes. Actually the rest could fit in the basement of our other apartment in Copenhagen. Even most of the furniture was given away. The only things we (or rather I) had a relationship to, was the dining table from my childhood home, the sewing machine I had been given by my grandfather, and an industrial metal cabinet that was scavenged. Do you dare to look around your home and notice how many things matter to you? Not just things that are nice and that you’re happy with, but things you would be crushed to lose. In fact, we thought back then that there’d be a lot of things we would miss, when moving into the camper. But in a strange way that’s not the case. Malthe occasionally misses his big speakers and the huge television though. But besides that, there’s not a single time when any of us have said a phrase like: “I miss the little vase that was on the shelf in the guest room”. It was just stuff we had no relation to.

Can you buy happiness?

We surrounded ourselves with many things and have reflected a lot on the fact that we bought things to fill a void. To entertain ourselves. Maybe even to feel happy? Needs that haven’t been there since we left. Now you probably think that it’s easy to say that, since we travel and see exciting things all the time, but that’s not the only reason why. We have simply learned to value more. We don’t see cool things 24/7 and a lot of the time is spend in the camper. That’s when the appreciation of things, really shows. When did you last really appreciate your WiFi? We do this almost on a daily basis. And when did you last appreciate a podcast or an audiobook? We can’t just turn on the radio and listen to our favorite radio station. Most of the time we don’t even know what they are talking about on the radio. Then podcasts and audiobooks come in handy.

Did you enjoy a bath today?

Appreciation deals with not only things, but emotions as well. In the past, we did’t value such a thing as a bath. Of course, it was nice to take shower, but we didn’t really appreciate it. We do now. These days our bathroom is 1 sqm including toilet bowl, sink and shower. It’s so cramped that we rarely use it for showering. Therefore, a bath at a campsite or rest area is heavenly. The feeling of warm water (all over the body at the same time) and the possibility of using a loofah and body-shower is definitely something we have learned to appreciate. Did you do that the last time you took a shower?

Speaking of water, there is also another reason why all people should try to live as campers. We have a 220 liter water tank, a 200 liter waste water tank and a 20 liter toilet tank. Those 3 tanks must be filled and emptied and we can’t just do that everywhere. A normal shower with free water supply uses 50-100 liters of water, one usually uses 100 liters of water per person for toilet flushes per day and hand washing usually accounts for up to a staggering 700 liters per day. With those quantities, we would have to empty and fill our tanks several times a day! This means that we automatically save on all the water. Thus, a tank of water can easily last 3-5 days.

The video is just for fun. It’s not that bad at all.

The same goes for electricity. We have 3 batteries in the camper. One belongs to the car itself and the other 2 are for living area purpose. When we drive, they get charged. That means that  it’s the electricity we have! Only when we are connected to electricity, through a wire at a campsite, we have more. So we do not leave lights on unnecessarily, we make sure that electrical devices are mostly charged while driving and such things as blow dryer, waffle iron, toaster, vacuum cleaner, food processor, hand mixer, etc are not something that we have in our little home. They use 220V and we only have 12V. Well, this is actually not true. I have an epilator and I just bought a small glue gun. We also have an amazing Actifry.  But now we are looking forward to using those things, when connected to 220V power and appreciate it when it happens.

We have recently installed a solar panel on the roof. Basically because we had to change the fridge. The old refrigerator ran on propane (while we were parked) and electricity from the battery (while we were driving) and could only cool 20 degrees C below outside temperature. That resulted in, when there was 35 degrees C outside, there was 15 degrees C in the fridge. It was absolutely unsustainable! No cold milk, meat, butter or anything. Everything was lukewarm all the time. So we switched to a compressor refrigerator which runs solely on electricity, but the battery would be drained if we didn’t install a solar panel. So we did. The plan is for us to have one more, so we are even more self-sufficient.

Food waste is also not something that occur so much anymore. Our refrigerator is rather small, so we no longer have all those glasses with rarely used specialties , which we were prone to buy in Denmark. Things we often threw out anyeay, when they were too old. We now only have what we need. Both because of the space, but also because it is not always easy to go shopping. Either we do not come across a supermarket or the supermarket we arrive at , doesn’t have indispensable things like fresh milk or real butter . We buy bread in as small packages as possible. It is otherwise going bad in the heat. We also bit groceries for several days at a time, according to a (loose) meal plan. Occasionally, the birds get a few slices of bread or a dry flute, but otherwise what we throw out is very limited. Fortunately, when it comes to fruits and vegetables, they are both cheap and it is possible to buy everything from carrots to clementines one piece at a time. Plus we have the option of picking apples, pears, figs, almonds, cactus fruits etc on the roadside, which unfortunately is not an option in Denmark.

Do you get it?

This is why we believe everyone should try to live as campers like us. Thinking about our actions. About whether we really need the thing we have in hand before we buy it and generally reduce our consumption. We have not been less happy by living as we do. On the contrary. We have really learned to value, rather than just take for granted. This does not mean that we walk around as filthy hippies, worshiping the ground and the gifts it gives, but we have simply found out, what is important. It’s actually quite liberating. In addition, it gives us a lot of experiences together. It is nice to listen to audiobooks together instead of doing activities individually. It is nice to go fruit hunting together instead of just shopping in the supermarket. It’s even nice to plan the next stop together to get a bath. Things we have never thought about before, because we took too much for granted.

So try to live as a camper. Even if you are “just” in your ordinary home. It will benefit both nature and your own soul. Dare you take on the challenge? Just for a month. Who knows, maybe you’ll be so pleased with it,  that you don’t want to stop again at all.

Well, gotta go. I have to go outside and wash the laundry in our 20 liter bucket. Our laundry is mostly done by hand. That makes us really appreciate when towels and linens have been washed at the laundromat.

It’s the right place…. …. if you want to connect END_OF_DOCUMENT_TOKEN_TO_BE_REPLACED

Big changes comming up. We are Danes. We have always END_OF_DOCUMENT_TOKEN_TO_BE_REPLACED

Breaking the rules. Mining and the iron industry were the END_OF_DOCUMENT_TOKEN_TO_BE_REPLACED 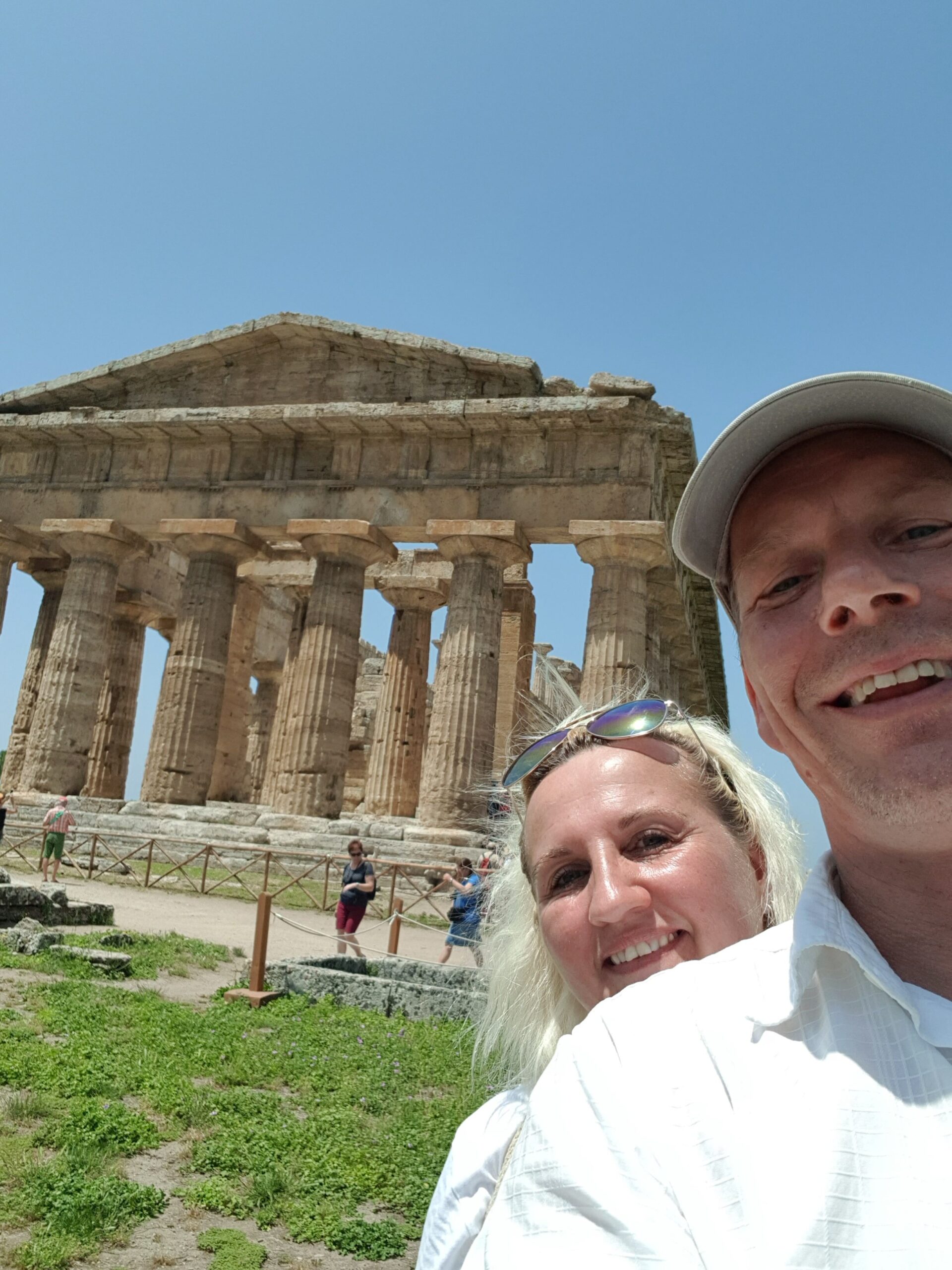 Dont miss our latest posts - signup to our newsletter

4 thoughts on “Live as campers do.”

Get our no-spam newsletter.

Any cookies that may not be particularly necessary for the website to function and is used specifically to collect user personal data via analytics, ads, other embedded contents are termed as non-necessary cookies. It is mandatory to procure user consent prior to running these cookies on your website.